Hit enter to search or ESC to close

Director Chad Hahne and Producer Omar Martín’s powerful and original documentary illuminates themes dominating cultural conversation. ​Transformistas​, which is a Cuban word for “artist who transforms”, is a portrait of a group of queer and trans artists who fought for LGBTQ rights. Filmed covertly without permission from the Cuban government, ​Transformistas​ tells the story of how a group of performers carved out a space for the LBGTQ community in Cuba, against all odds, at a time when homosexuality was denounced as a product of capitalism. The film follows Samantha, an artist once quarantined in an HIV sanitarium for five years, on her triumphant journey back to the stage; Omega, the former “Miss Trans Cuba”, who faced a tragic and untimely death; and Cynthia, a performer once stabbed 47 times after a performance but lives on to tell the tale and share her passion with the world.

Weaving together new and never before seen archival footage, thi​s intimate docume​ntary shifts between the past and the present, contrasting the struggles that different generations of LGBTQ members have faced in Cuba. Transformistas i​ s a story of sacrifice, resilience and the power of art to transform our lives. By making the past vividly present, ​Transformistas ​serves as a reminder that while the struggle for the LGBTQ rights continues there is hope for the future. Chad Hahne has spent his career producing content for TV and film. He was a producer on the Oscar-nominated documentary “How to Survive a Plague” and the Emmy Award winning television show, “RuPaul’s Drag Race.” 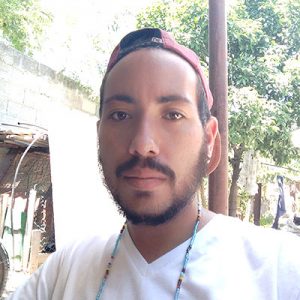 My name is Omar Martin and I was born in Santa Clara, a city that can be properly understood as the capital of gay people in Cuba. So, I am a proud member of our LGBTQ community. I used to study journalism at the local University, but I left college after a deep reflection of the role of a journalist in a country like Cuba. Soon after, I dedicated my life to spiritual rewards, like Santeria, the religion that Cubans have inherited from Nigeria, and working with tourism through AirB&B, which has allowed me to create a cultural bond with foreign travellers. Meanwhile, I devote all my free hours to writing for AHS, which is a cultural organization for young artists and writers in Cuba. My main interests of study and work continue to be Afrocuban religiosity and the place of gay people in Cuban culture. 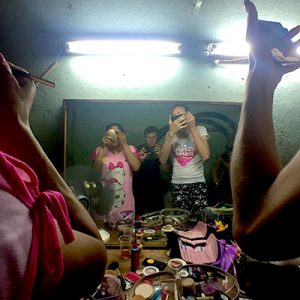 Chad Hahne grew up in northern Minnesota before moving to New York City to pursue a career in the arts. He began working at Interview Magazine and The Public Theater as an intern before landing an assistant and later casting role at a movie studio.  Hahne then moved to Los Angeles to produce projects for film and television, including Academy Award Nominated “How to Survive a Plague” and the Emmy Award winning “RuPaul’s Drag Race.”  He has produced Television for Comedy Central, The Food Network, MTV, VHI, OWN and NBC.  Recently, Chad has focused his artistic passion towards the creation of socially important documentaries and made his directorial debut with “Transformistas”, which has been screened with The Human Rights Campaign and has recently been featured in British Vogue.

Born in Los Angeles, Santos moved to Mexico as a child and grew up in Zapopan, Jalisco until the age of 11. Shortly after high school, he began teaching at the California State Summer School for the Arts, as well as the Echo Park Film Center. More recently Santos has become a very sought after freelance editor: working on projects such as Lake Los Angeles, 20 Years of Madness, Farah Goes Bang, and most recently, the Emmy Nominated Chef’s Table, a Netflix original series. 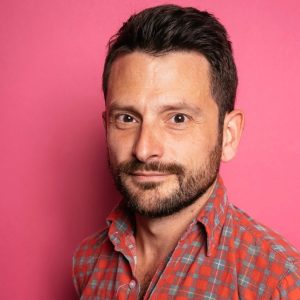 Tony Rodríguez is a longtime performer of the Upright Citizens Brigade Theatres in New York and Los Angeles and has written for and performed in CBS’ Sketch Diversity Showcase. His screen credits include : Late Late Night with James Corden; Crazy Ex Girlfriend; Adam Ruins Everything; Conan; Playing House; Emmy-winning webseries ‘Eastsiders’ and Netflix’s ‘Gentefied.’ He is a co-producer/host of the only latinx podcast on the Earwolf network, ‘Spanish Aquí Presents,’ and won ‘Outstanding Male Actor in a Webisode’ at HBO Latino’s Official Latino Film Festival 2020.
Tony recently made his debut on ‘The Simpsons’ on which he is playing the recurring gay, Cuban character previously voiced by Hank Azaria.